Today’s entry was inspired by a recent r/AmItheAsshole post, one of my favorite places to explore joy. No, seriously.

We spend a lot of time questioning what brings us joy, because OTHER people once questioned it, and now we don’t know if we still feel the same way about the thing at all. For so many people, an offhand comment of, “that’s so weird,” or “why on earth would you do that?” can bring about so much existential angst, and we’re not even aware of it.

But it doesn’t matter what other people think about your joy. It’s not theirs, it’s yours. (And in general, AITA supports your joy.)

Much like wine tasting, chocolate tasting has developed into a whole cottage industry. People throw tasting parties, where they compare chocolate by country, region, even local grower.

It’s almost always dark chocolate, and rarely flavored — instead, we’re comparing the flavor of the cacao bean itself, so it’s the super dark intense stuff.

It can absolutely be pretentious, but if you love chocolate, it can also be a lot of fun. Because, just like wine, when it comes to tasting, there’s only two varieties of chocolate: the stuff you like, and the stuff you don’t.

How to fit in more of this:

Seek out small-batch chocolatiers. Trust me, there’s a whole world out there just waiting for you to explore.

What you’re looking for is going to be listed as ethically sourced, single-origin chocolate. We’re almost past fair trade here — a few of these chocolatiers provide transparency reports on the work they do with their growers, and Askinosie Chocolate pays its growers at least 25% above market share plus profit sharing. (That’s not an affiliate link, I just really love their chocolate.)

Buy the chocolate that intrigues you. Get the exotic stuff with funny colored salt in it. Or the stuff with chilis or lavender flowers. Whatever makes you curious. Then, make yourself a tasting tray. In theory, you don’t serve any other food or drinks. The idea is to taste and compare the chocolate, obviously.

But I say it’s your party, and you should do what you want.

Are you a fan of The Good Place? There’s a lot about that show that’s stuck with me over the years, but the thing I’ve personally found the most significant was its explanation of the law of unintended consequences.

Over the next few months, we’ll be looking at a lot of things that you or I won’t find personally joyful. I’d go so far as to say that in some cases we can’t. There are layers of context, social mores, sometimes just a simple lack of understanding that would prevent us from seeing something as joyful.

But they aren’t inherently harmful. Nothing on my list causes harm, deliberately or through inaction. (Because the opposite of joy isn’t depression, but apathy.)

As we embark on this quest to find what brings us joy, it is occasionally worthwhile to consider the impact of that joy on others.

And when we look at chocolate, we MUST consider the conditions under which it is grown and harvested.

I don’t know about you, but I have a hard time finding joy in something that was purchased with other people’s suffering. Most of the commercial chocolate that we consume, especially in America, is grown on farms that are managed by cartels and terrorist organizations using children as a slave labor force.

Frankly, that can make your joyful chocolate a whole lot harder to choke down.

However. Remember what I said about not letting other people shame your joy? Well, that’s true of you, too. Sometimes what brings us joy isn’t reasonable or rational.

And sometimes our need for those things outweigh everything else. That doesn’t make you a bad person — but it DOES make you a person. Actual and whole.

Remember that even as we try to change our system, we’re still stuck in it. Sometimes, all the choices are bad.

But at least for now, we still have chocolate. 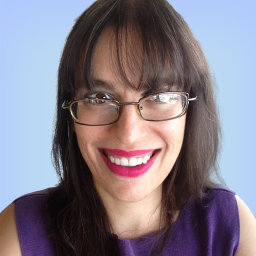